iKOU is the Institute’s 2017 Store of the Year!

iKOU is the Institute’s 2017 Store of the Year! 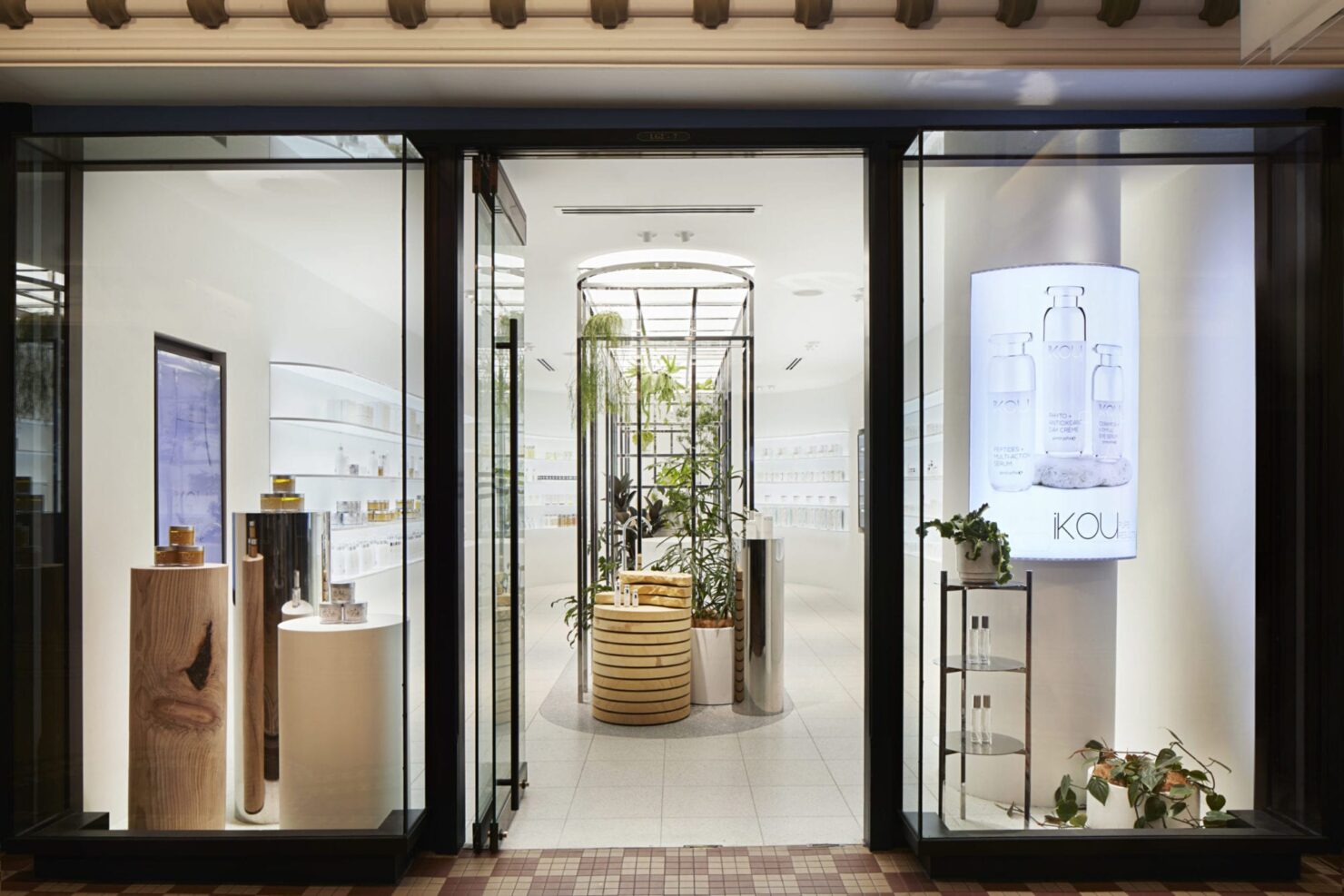 The Retail Design Institute named iKOU, a specialty skincare retailer located in Sydney’s historic Queen Victoria Building, its 2017 Store of the Year. The honor was announced May 23 at the Institute’s 47th Awards Gala & Fundraiser in New York City.

The store was selected from among 115 projects entered in the Institute’s annual design competition. It further competed against nearly three-dozen fellow finalists before emerging as the 2017 Store of the Year.

“iKOU is the quintessential example of excellence in design at the intersection of the dominant trends in retail today,” commented one judge. ”The store perfectly reflects the wellness brand that it represents: using local materials and live plants balanced with crisp modernism, strategic, well-edited merchandising, technology that supports rather than dominates, and on-point lighting design echoing the natural, sustainable design concept — all adding up to a space that surprises and delights.”

Said Creative Director Ilker Tuncer, “As we watched all of the winning projects (projected onscreen at the event) we were amazed by the quality. We were convinced that any one of the them could be named store of the year.” Added Architect Gerard Pinto, “We were deeply honored to receive this important recognition from the only organization devoted to retail design and retail designers.”

In all, the Institute’s competition awarded 33 projects representing the work of 23 firms (8 international and 15 North American design teams from consultancies and retailers) in addition to 11 Innovation awards in nine categories from concept to sustainability.

In addition to the store awards, Brian Shafley, ceo of Chute Gerdeman, Columbus, Ohio, was inducted into the Retail Design Legion of Honor, for his nearly 30 years in the design profession. And the audience was introduced to the Mark V. Looper Award for Design Collaboration, named for Professional Member Mark Looper, who passed away in August 2017. The first award in Looper’s name, will be given this year to the winning group submission entering the Institute’s Student Design Competition.

Stores opened in 2018 (January 1 through December 31, 2018) are eligible to compete in the Institute’s 48th International Design Competition. Details to be announced in September.

Gerard Pinto and Ilker Tuncer accepted Store of the Year award for iKOU at the Institute’s 47th Awards Gala & Fundraiser in New York City, May 23, 2018.